New York/Beijing, 7 May, 2015 – An android and international version of application developed for children with autism, supported by UNICEF's Global Innovation Centre in collaboration with Peking University's School of Life Sciences, National Institute of Biological Sciences and G-Wearables is launched to help facilitate these children's communication and learning. 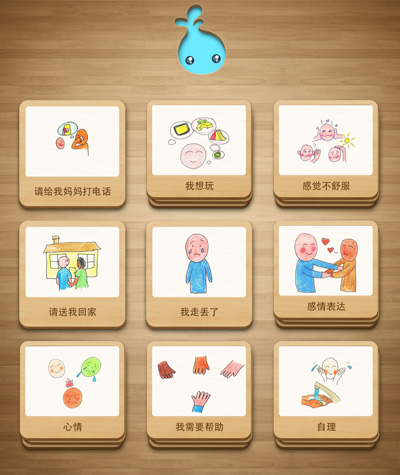 Autism affects one in every 68 children. Children with autism face challenges in communication and other interactive social behaviours, which often prevents them from learning and participating in vital social activities.

Yuudee, which means little rain drop in Chinese, is an augmentative and alternative communication tool for children who have difficulty in speech and can also be used as a teaching tool for parents and teachers to teach children communication and cognitive skills. Children can press an icon and the App will “speak” out a short sentence or phrase that expresses a need, request, emotion or answer. A built-in repository of more than 400 icons is available for users as a start. Parents and teachers can easily add to these resources and customize lessons catering to the specific needs of each child, with flexible and user-friendly customization functions supported by Yuudee.

The application was developed under the leadership of Professor Wei Liping, a professor of Life Sciences at Peking University and the National Institute of Biological Sciences. While studying the genetic mutations linked to autism and working with autistic children and families, she identified significant challenges for children to express their most basic needs and a lack of tools and support to help them communicate such needs.

“Many children who are autistic have language difficulties and cannot express their most basic needs. For many parents, the additional stress of trying to understand their child's needs can be very challenging,” said Professor Wei Liping. “It was clear that we needed a way to practically help them communicate in a way that empowered both the child and parents.”

Working in partnership and with the goodwill of organizations and parents of autistic children and an IT company AppChina led by Mr. Luo Chuan, Professor Wei and her team developed the first version of Yuudee app, which was made freely available on the Apple AppStore in April 2014. Since then it has received positive feedback from teachers and parents during testing at the Beijing Stars and Rain Education Institute for Autism, a non-governmental organization supporting children with autism.

In an effort to make this tool widely and freely available, UNICEF supported the development of the Android and English version of the app, which is open source and free for anybody or organization to use and adapt.

“Under the Convention on the Rights of the Child, all children including those with disability, deserve their right to survive and thrive. This is a wonderful example of how the combination of creativity, innovation and participation created a tool to help children with autism better communicate and be understood,” said Sharad Shapra, UNICEF's Global Director of Innovation. “We at UNICEF are pleased to be able to work with partners to make sure this technology is more widely available not just in China but around the world.”

Development of the Android and international version of Yuudee has been done by Peking University's School of Life Sciences, National Institute of Biological Sciences, Tsinghua University's Academy of Arts and Design, Beijing Stars and Rain Education Institute for Autism, with the technical support of G-Wearables, INWAY Design and AppChina. This collaboration makes the application freely available to the general public, on less expensive android devices. This means Yuudee, originally developed in China, will have the potential to benefit children globally.

“We have many wonderful stories from parents on the success of this tool. From a boy with a toothache who is able to communicate his pain to children now able to express whether they are hungry,” said Professor Wei.

Following the launch, UNICEF and its partners will also launch a training programme for parents and teachers, develop a teaching guide, and continue to improve the app based on user testing results and scale up its use in the coming months.

About UNICEF's Global Innovation Centre (GIC): the GIC supports and incubates innovations developed by partners and enables externally generated innovations to be included in UNICEF's innovation portfolio. The Centre provides leadership and technical support to the roll-out and scale-up of a select portfolio of proven, innovative solutions by expanding their application from one to several countries and regions, supporting South-South collaboration. Founding members of the GIC Steering Committee include the Ministry of Foreign Affairs of the Republic of Korea, the Philips Foundation, UNICEF Canada, UNICEF UK, and the US Fund for UNICEF.

About Beijing Stars and Rain Education Institute for Autism: Stars and Rain was founded in 1993 by Tian Huiping, the mother of an autistic child. It is the first non-governmental organization formed to serve children with autism. www.autismchina.org

Innovation can drive change for most disadvantaged children 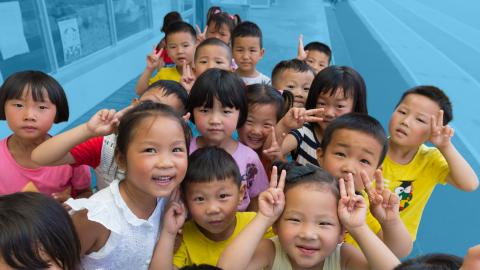 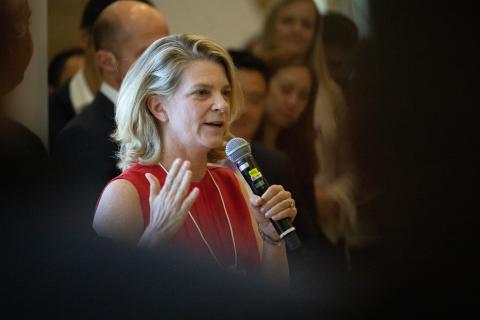 Innovation can transform the lives of the next generation

Emerging approaches and tools that come about as a result of new technology have an enormous potential to positively impact the lives of children and youth.