UNICEF/China/2019/Xia Yong
UNICEF's 'Key to Kindness' campaign launches at Wuzhen Global Internet Expo, demonstrating how cyberbullying can be overcome with kindness on 18 October 2019.

Wuzhen, 18 October 2019 – UNICEF today launched its ‘Key to Kindness’ campaign featuring a provocative keyboard installation, ahead of the 6th World Internet Conference in Wuzhen, Zhejiang Province. The campaign aims to build a positive online experience in China, where approximately one in four teenagers report being a victim of cyberbullying.

The life-size, reimagined keyboard filled with positive words was unveiled at the UNICEF booth at the World Internet Expo, a side event of the World Internet Conference, on its opening day. The ‘kindness keyboard’ helps reverse the normalization of being mean or abusive online – one of the major challenges with cyberbullying – by encouraging young people to practice kindness to wipe away hate and meanness online.

“Typed words have tremendous power to either hurt or help,” said Cynthia McCaffrey, Representative of UNICEF China. “What if every day, hundreds of times a day, when we go to type a message, we’re reminded to choose kindness instead of hate? What if instead of hurting each other and ourselves with ugly messages we’re nice or we’re positive online? With this reinvented keyboard, UNICEF hopes to remind young people that kindness is a responsibility that begins with each of us.”

In a digital world, the violence that children face in their homes, schools and communities is often amplified through SMS messages, pictures, videos, email, chat and social media. Cyberbullying among young people occurs for a variety of reasons, with severe negative outcomes. Cyberbullying causes profound harm as it can quickly reach a wide audience and leaves a permanent footprint online for all involved. Victims are likely to experience loneliness and social isolation, which leads to low self-esteem and depression.

According to UNICEF’s recent Global Kids Online research in China, where more than 3,400 students aged 10-18 responded to the survey, 24 per cent of them have experienced cyberbullying.  UNICEF found that one in three (33 per cent) high schools students said they encountered cyberbullying, as compared to one in four (25 per cent) among those in junior high school and one in five (20 per cent) among primary students. UNICEF also reported that 27 per cent of rural children have experienced cyberbullying, as compared to 21 per cent for their urban peers. The survey was conducted in schools in 10 cities (Baotou, Beijing, Chengdu, Chongqing, Guangzhou, Jinan, Nanchang, Nanjing, Xi’an and Xining) and their subordinating counties.

In its ‘Key to Kindness’ campaign, UNICEF urges young people to rethink the way they speak to each other online, by specifically asking them to be more intentional and to use goodwill on the keyboard. While kindness might appear to be a straightforward solution, it is not so quickly or easily attainable and requires teaching, modeling and positive reinforcement. UNICEF advocates for training and supporting teachers and parents to prevent and respond to bullying and cyberbullying. UNICEF also calls for more child-friendly and effective reporting and take-down measures adopted by internet companies to respond to bullying messages and content on their platforms. Internet and technology companies are also encouraged to use their technology and creativity to raise public awareness and produce educational materials to combat cyberbullying.

Young people can also experience the ‘Key to Kindness’ campaign through an H5 game, where kind words are used to win over bullying monsters. Beyond the digital campaign, UNICEF built a campaign page to offer victims, bystanders, and parents guidance on how to cope with cyberbullying, including information on warning signs that your child is being bullied or is bullying others, and what to do when cyberbullying happens.

UNICEF Ambassador Wang Yuan also threw his weight behind the campaign by asking young people to rise above meanness when communicating online. “I hope that before sending out a message online today, everyone can think about how people on the other side of the screen might feel if they got the message, whether they would be hurt or even have their lives changed. I’m calling on everyone to think before you type and help end online bullying.”

UNICEF is working to keep children safe online. In China, UNICEF supports policy makers and regulatory bodies, and works with the information, communication and technology (ICT) industry to advocate for policies, strategies and programmes to promote children’s safe and responsible use of ICT.

UNICEF will co-host a forum on child online safety alongside Soong Ching Ling Foundation and China Children and Teenagers’ Fund at the World Internet Conference on 20 October. 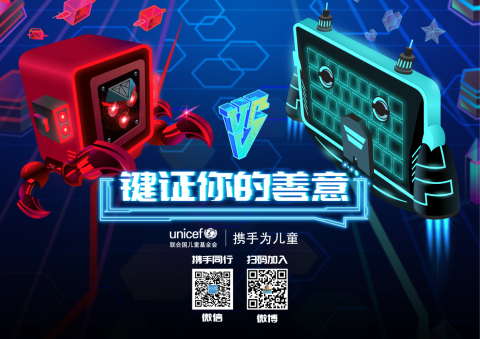 A campaign urging young people to rethink the way they speak to each other online.

A primer on cyberbullying: what is it, who does it affect, and what is its impact on children and adolescents 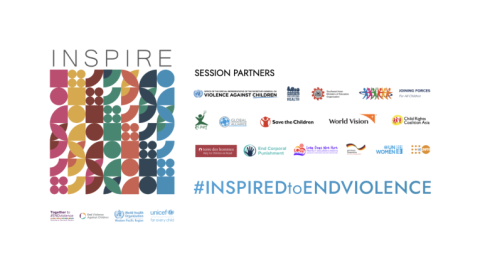