New Year’s Babies: Over 46,000 children will be born in China on New Year’s Day - UNICEF

In 2020, UNICEF is calling for world leaders and nations to invest in health workers with the know-how and equipment to save every newborn

“The beginning of a new year and a new decade is an opportunity to reflect on our hopes and aspirations not only for our future, but the future of those who will come after us,” said Henrietta Fore, UNICEF Executive Director. “As the calendar flips each January, we are reminded of all the possibility and potential of each child embarking on her or his life’s journey—if they are just given that chance.”

Fiji in the Pacific will most likely deliver 2020’s first baby. The United States, its last. Globally, over half of these births are estimated to take place in eight countries:

Each January, UNICEF celebrates babies born on New Year’s Day, an auspicious day for child birth around the world.

However, for millions of newborns around the world, the day of their birth is far less auspicious.

In 2018, 2.5 million newborns died in just their first month of life; about a third of them on the first day of life. Among those children, most died from preventable causes such as premature birth, complications during delivery, and infections like sepsis. In addition, more than 2.5 million babies are born dead each year.

Over the past three decades, the world has seen remarkable progress in child survival, cutting the number of children worldwide who die before their fifth birthday by more than half. But there has been slower progress for newborns. Babies dying in the first month accounted for 47 per cent of all deaths among children under five in 2018, up from 40 per cent in 1990.

UNICEF seeks to accelerate progress toward a world in which no child dies of a preventable cause and no preventable stillbirths occur. In China, through our established partnership with the National Health Commission, UNICEF has jointly launched the Safe Neonatal Project, to kick off the UNICEF-WHO Every Newborn Action Plan (ENAP) as part of China’s NHC-UNICEF supported National Child Survival Strategy (CSS). The project focuses on expanding access to and improved quality implementation of maternal and newborn health services with particular attention to high-quality early essential newborn care for the first day and week of life, including skin-to-skin contact, delayed cord clamping and cutting, early initiation of breastfeeding, kangaroo mother care, as well as special care for sick newborns.

China has made enormous progress on maternal and child mortality reduction. However, newborn deaths are part of the “unfinished agenda” of the Millennium Development Goals in China and beyond. The estimated annual neonatal death toll is 73,000, accounting for about 50 per cent of all deaths among children under five years. Most deaths are caused by premature and low-birth weights, complications during labour and infections.

UNICEF’s Every Child Alive campaign calls for immediate investment in health workers with the right training, who are equipped with the right medicines to ensure every mother and newborn is cared for by a safe pair of hands to prevent and treat complications during pregnancy, delivery and birth.

“Too many mothers and newborns are not being cared for by a trained and equipped midwife or nurse, and the results are devastating,” added Fore. “We can ensure that millions of babies survive their first day and live into this decade and beyond if every one of them is born into a safe pair of hands.”

UNICEF and the Government of China are cooperating under the South-South Cooperation Assistance Fund (SSCAF) framework. Maternal, newborn and child health projects will be implemented in eight African countries in 2020, marking a concrete step of sharing China’s experiences in this area with other countries.

For complete un-rounded estimates on births for 190 countries, click here.

For the data, UNICEF worked with the World Data Lab. The estimates for the number of babies born on 1 January 2020 draw on the latest revision of the UN’s World Population Prospects (2019). Building on these datasets, World Data Lab’s (WDL) algorithm projects estimates of the number of births for each day by country.

To download photos to accompany this story, visit here. 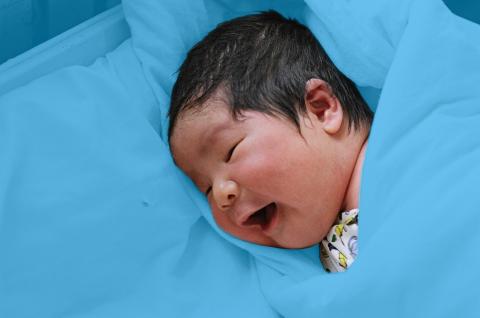 We can prevent newborn and child deaths. 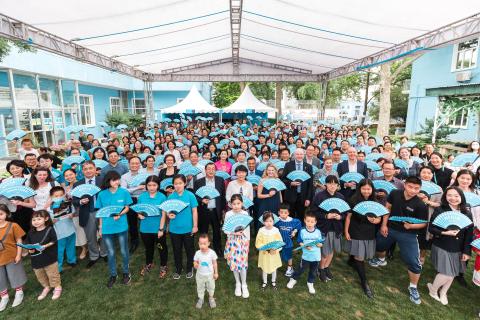 UNICEF launches new Country Programme with the Government of China

China lights up in support of UNICEF and child rights

In China, 14 cities celebrate World Children's Day by hosting events and lighting up buildings and iconic monuments in blue.