UNICEF provides $15 million in cash transfers to most vulnerable families

KATHMANDU, Nepal, 25 July 2015 – Three months after Nepal's April 25 earthquake and its aftershocks, children continue to face multiple risks as their families have been pushed deeper into poverty and they remain in need of aid.

Although the humanitarian situation has improved over the past three months, hundreds of thousands of children still need shelter, food, access to water and sanitation, medical care, education and protection. About 1 million children affected by the earthquakes continue to live in areas at high risk of landslides and floods. As the rainy season takes hold, access to these areas is becoming increasingly challenging, threatening these children's access to water, sanitation, education and health services and putting them at a higher risk of exploitation and abuse, including trafficking.

More than 10,000 children have been identified as acutely malnourished since the first earthquake. These include more than 1,000 children with severely acute malnutrition. Over 200 children remain without a parent or caregiver, and more than 600 have lost one or both of their parents to the quakes. Over 32,000 classrooms have been destroyed. Nearly 900,000 houses have been damaged or destroyed.

According to a Government-led assessment, between 700,000 and almost 1 million people in the worst-affected districts could be pushed below the international poverty line of US$1.25 a day.

"When a major disaster strikes like the earthquakes on 25 April and 12 May, it incurs not only loss of lives but also destruction of assets, sources of livelihoods and substantially reduces household income particularly among the most vulnerable population," said Tomoo Hozumi, UNICEF Representative in Nepal.

"During such times poor households often resort to harmful coping strategies, such as reducing food consumption and cutting down their health and education expenditure, and sending their children to work - all of which can have irreversible long-term negative consequences on them and more so on children's development. The top-up cash provided will help vulnerable households to at least meet some of their basic needs such as food and medicine without further resorting to harmful coping strategies during these lean times."

To help address the immediate needs of children and their families affected by the quakes, UNICEF is providing $15 million worth of direct cash transfers to approximately 330,000 households, including an estimated 450,000 children, in 19 districts most affected by the earthquakes. This support, channelled through existing government social assistance programmes, is reaching vulnerable individuals including Dalit children, people with disabilities, widows, the elderly and marginalised ethnic groups.

“The earthquake has exposed the fragility of Nepal's progress in terms of poverty reduction,” continued Hozumi. “Looking beyond immediate relief, one of the priorities for UNICEF is to assist the government to phase in a reliable and predictable form of income support for children and their families. Strengthening and expanding the country's social protection system and improving its responsiveness to shocks will contribute to children's well-being and development during normal times and increase their family's ability to cope in case of future disasters.”

Since April, UNICEF has also been providing a wide range of services to the children and families living in the areas worst hit by the earthquakes including:

“Together with the Government and partners, we have been able to achieve a lot in the past 90 days. At the same time, given the enormity of the damages and losses, and the possible impact of the monsoons, there is a lot more to be done to bring a sense of normalcy to the lives of the earthquake survivors especially the most vulnerable amongst them," said Hozumi. 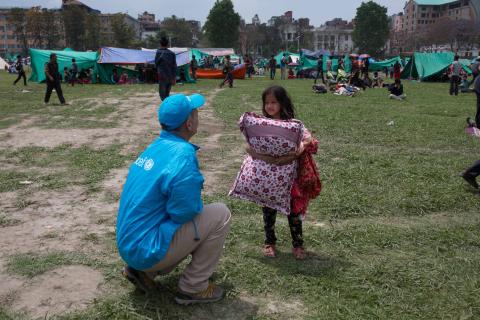 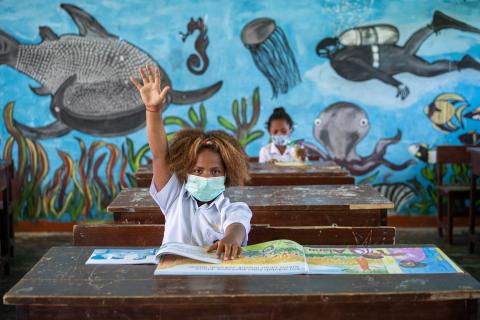 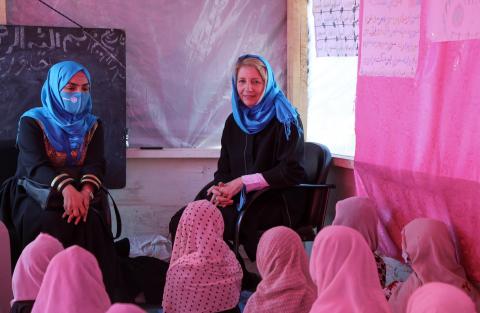