BEIJING/NEW YORK, 30 July 2019 – Today on UN International Day of Friendship, UNICEF Ambassador Wang Yuan joins a global call on young people to join a UNICEF digital campaign to choose kindness and #ENDviolence in and around schools.

Worldwide, some 150 million students, half of all students 13 to 15 years of age, report having experienced peer-to-peer violence in and around school. 70.6 per cent of young people aged 15 to 24 years old are online globally, facing the risks of cyberbullying, online violence and digital harassment.

“We have seen a lot of bullying in schools from social media. This is not just a game among children. It is a severe problem. For those who fall victim to school bullying, it makes them feel miserable,” said Wang Yuan in a short video documenting his recent field visit to a rural primary school in Cangyuan, Yunnan Province. During the visit, he met girls, boys and teachers benefitting from a UNICEF-supported project that promotes children’s social and emotional wellbeing. “I was happy to see that the students were brave enough to share their experiences and say no to bullying. At the class, they really learned to put themselves in others’ shoes and say no to school bullying.”

In December last year, children and young people from around the world drafted an #ENDviolence Youth Manifesto calling on governments, teachers, parents and each other, to help end violence and ensure students feel safe in and around school, including a commitment to being kind and respectful.

UNICEF is inviting children and young people to take the first step by leaving a kind note for someone, either in real life or on the internet, and sharing it for others to see.

“Children and young people have told us time and again that being treated with kindness and respect helps them to feel safe in and around school,” said UNICEF Executive Director Henrietta Fore. “Every day students face a range of violent acts, from bullying and physical attacks to corporal punishment, sexual assault and harassment online. By being kind, children and young people can show their support for each other and brighten someone’s day.”

The #ENDviolence Youth Manifesto was presented to government ministers at the Education World Forum in London earlier this year, as part of the Safe to Learn partnership. In it, students highlighted the importance and need for protection within schools and called for legal measures to keep students safe in school and on their journey to school; clear rules and regulations on student behavior; trained teachers and counsellors to respond to students in need; as well as environments that promote diversity and peaceful coexistence. They also called for students to treat one another with respect and break taboos often associated with reporting violence to teachers and other authorities.

UNICEF works around the world to end violence in and around schools. These efforts include the organization’s #ENDviolence campaign and Safe to Learn -- a partnership between UNICEF, the United Kingdom’s Department for International Development (DFID), UNESCO, other members of the Global Partnership to End Violence Against Children, and UNGEI.

#ChooseKindness this school year
Being kind is the simplest action you can take to end violence and help others.
Get the details

4 ways students can encourage kindness in schools
How you can help put a stop to bullying, cyberbullying, fighting, and corporal punishment.
Read the story 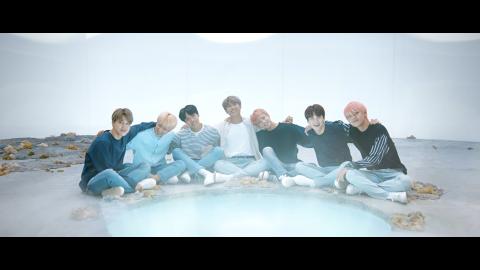