Towards an AIDS-free generation

The opportunity: An AIDS-free generation
For the first time in the history of the HIV epidemic, the global community has accumulated the knowledge, experience and tools to achieve an AIDS-free generation. That means a generation in which all children are born free of HIV and remain so for the first two decades of life, from birth through adolescence. It also means that children living with and affected by HIV have access to the treatment, care and support they need to remain alive and well.

Where we stand
Countries have made more progress tackling new HIV infections among children during the past three years than over the entire previous decade. New HIV infections among children under 15 years old went down by 35 per cent globally between 2009 and 2012 and programmes that place mothers at the centre of efforts to prevent HIV in children have put the elimination of mother-to-child transmission within reach.

What needs work
Scale-up of treatment for children living with HIV is still too slow. Children under 15 years old are only half as likely as adults to receive the treatment they need. And despite promising signs of behaviour change among adolescents, reductions in new HIV infections have been modest. Marginalized adolescents are particularly vulnerable to HIV and need targeted support.

What we can do: Innovate for change
An AIDS-free generation can become reality with the help of cross-sectoral partnerships among government, civil society and affected communities. With a renewed push, innovations that strengthen linkages to services can accelerate the pace of progress, especially at local levels. 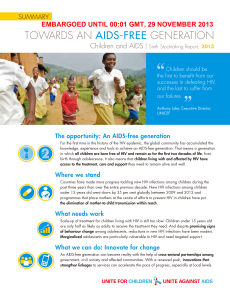 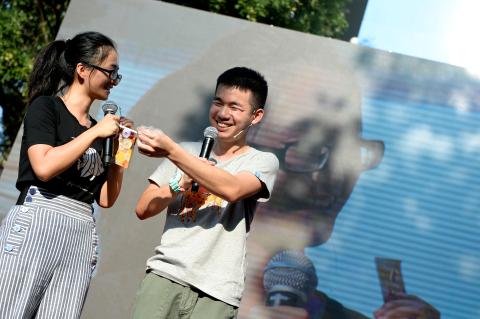 In the heat of summer, condoms are made cool 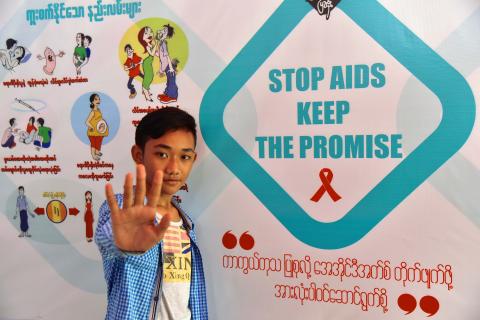