"The total population of Hongbai Town in Shifang County is 6,485, of which 3,286 are female and 1,127 are children. In the 2008 Wenchuan earthquake, 159 children were killed and 226 were injured or disabled," said Lian Shengqiong, as she presented an overview of the situation of children and women in Hongbai Town.

Thinking back on all the people she has met and the huge changes that have taken place during the past three years, Lian is overwhelmed with emotions. These are some of their stories.

"The principle of ‘children first' guides everything that we do"

Little Hao Dong was just four years old when he was badly injured in the earthquake. In the weeks after the earthquake, Hao Dong became bad-tempered and was frequently withdrawn, refusing to communicate with those around him.

Today, a deep scar is still visible along the back of Hao Dong's head, but the 7-year-old is a changed boy. Ever since the Hongbai Child Friendly Space opened in the months after the earthquake, Hao Dong has been a frequent visitor. "There are lots of toys here. And books. And other children." Hao Dong said. While he can still be a shy boy, Hao Dong has become more outgoing and more cheerful, said his grandmother.

Hongbai Town Child Friendly Space regularly organizes community events for the children, including sports days, arts days, and drawing and calligraphy exhibitions. Unlike traditional events for children that are decided by adults, however, these activities are organized, from the beginning, with the participation of children. During a community-wide event held last summer, 10-year-old Zhou Fanghan served as Master of Ceremonies, even writing her own script. "Before, I was always timid and reluctant to express myself because I was afraid of being criticized by others. Now, I've learned to accept people's feedback and take their suggestions for improvement positively. I'm excited about having more opportunities to express myself," little Fanghan said, with a glowing smile.

"I've learned to respect children and to listen to them more"

"I've watched the children grow, but I am learning so much"

The Hongbai Child Friendly Space is managed by Ms. Lian and her team of three staff. In the three years since the earthquake, the team has received extensive training from UNICEF, and has learned to provide high-quality services to children.

One member of the team is 25-year-old Liu Qing. Ever since she was young, Liu Qing has had a passion for drawing and making handicrafts. "I never imagined that my childhood passions would be so useful in my current work for children. Working at the Child Friendly Space has been a wonderful experience for me… I've watched the children grow, but I am learning so much myself," she said.

Since participating in UNICEF-supported training, Liu has becoming familiar with the principles of gender equality and "children first," and has learned to integrate these concepts into her work, and share them with parents. According to Liu, "We help to take care of children at the Child Friendly Space, but our responsibility is not to 'babysit' children. We also work with parents so that they can provide higher-quality care and raise their children in a more child-friendly and supportive environment. Depending on the situation of each child's family, we will provide different trainings," Liu Qing said.

Hongbai Child Friendly Space has played a critical role in providing earthquake-affected children and women with psychosocial services and a strong support network, helping them regain confidence and reintegrate into society.

"We will continue to support the Child Friendly Space model"

In the three years since the earthquake, the Hongbai Child Friendly Space has become fully integrated into community life. By providing psychosocial support, early childhood development and social work services, it has become an integral part of the local landscape for protecting children.

In line with the Government's three-year reconstruction plan, UNICEF's formal support to earthquake reconstruction programmes will continue through May 2011, but the sustainability of the Hongbai Child Friendly Space is assured, as the Shifang County Government has recently decided to allocate 100,000 RMB (US$ 15,000) every year from the local government budget to ensure its continued operation.

In the coming year, the Hongbai Child Friendly Space will continue to reach out to left-behind children in rural areas, and children living in especially difficult circumstances, including orphans and children with disabilities. 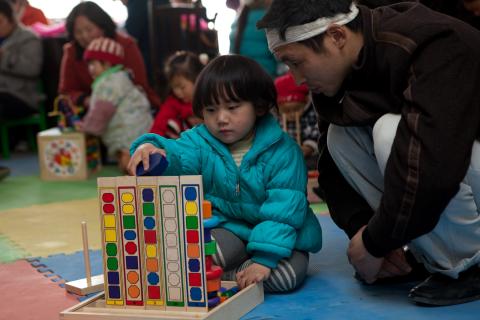 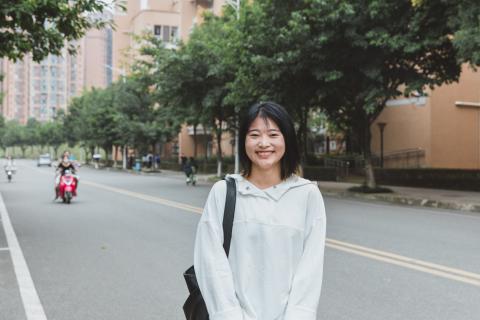 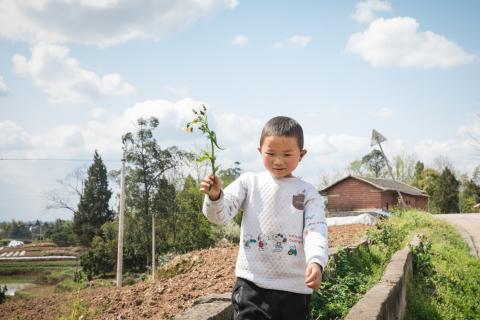