Closing the gaps with improved water & sanitation in China

Upon the release of the Progress on Sanitation and Drinking Water: 2015 Update and MDG Assessment, Dr. Yang Zhenbo, UNICEF China Water, Sanitation and Hygiene Specialist, talks about China's progress in meeting the Millennium Development Goal (MDG) target for access to drinking water and sanitation and the challenges ahead to realize universal access by 2030.

UNICEF China:  What progress has China made in expanding access to improved drinking water and sanitation?

NICEF China: What do you see as the biggest challenges for China to further expand the access to improved sanitation?

Dr. Yang Zhenbo: We are facing such challenges as a poor sanitation culture (that toilet is a dirty place), unhealthy social norms, lack of equity in development and lack of adequate attention and investment for those most in need, lack of coordination of various programmes to ensure sanitation standards across the board and lack of diverse and appropriate sanitation products for different climates.

UNICEF China: What are some ways to overcome those challenges?

Dr. Yang Zhenbo: First, we need to break the poor sanitation culture  and establish a "clean toilet culture" (that toilet should be a clean and comfortable place and once the toilets are clean, the environment will become good) by presenting to leaders, educators, health workers and the public the evidence that links sanitation to economic development, social development (including health, nutrition, education and gender issues), ecological development, cultural development and even political development. Second, we need to establish healthy social norms, making the practise of good sanitation and hygiene a must for everyone.

We also need to improve sanitation for those in disadvantaged economic circumstances. This will involve better coordination between government departments and sectors for a unified sanitation standard. And we need to promote sanitation marketing among the private sector and urge entrepreneurs to research and develop suitable sanitation options and products for different rural contexts and to improve their supply chain to deliver solutions.

UNICEF China: How is UNICEF working to push for progress on safe drinking water and sanitation access in China?

Dr. Yang Zhenbo: We work mainly in rural areas and pro-poor areas, trying to find ways to overcome inequality issues in access and use of water and sanitation to close the gap between urban and rural and between western and eastern regions. We also conduct research work to understand the supply and demand and affordability of solutions and the inequality in access. Our business model is to design and build pilot projects and document experiences and lessons learned from these pilots and from global best practices and feed these into the Government's policies, guidelines and programme development. We are currently running three types of test projects on water and sanitation: in schools, in township hospitals and in rural communities.

UNICEF China: Are there any innovative technologies and approaches to bring improved sanitation to rural households in China at affordable prices?

Dr. Yang Zhenbo: The "innovation" we promote for rural household sanitation improvement is the Community Approach to Total Sanitation, which teaches communities to take the lead to make their environment open defecation-free and good hygiene practices common, such as handwashing with soap. This involves households as well as schools, hospitals and clinics. We provide a specialist to help communities understand the dangers in unsafe sanitation and even how to design their own latrines at an affordable price. In terms of technical options, rural households can use a double-urn septic tank latrine or a urine diversion composting latrine, among others. But we need to explore more solutions for different contexts, such as the cold climates.

Online learning: here’s what we are hearing from you
Here are some tips to help you with your online learning
Read the story 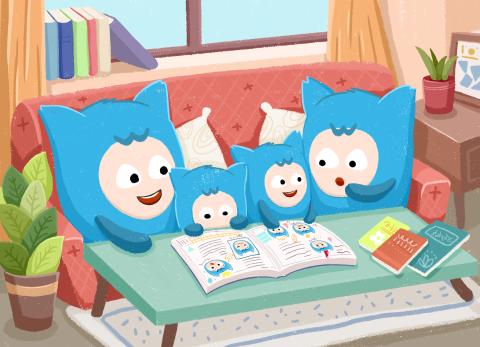 How are you feeling today?
No matter where you are in the world, you are likely aware of the COVID-19 epidemic.
Read the story 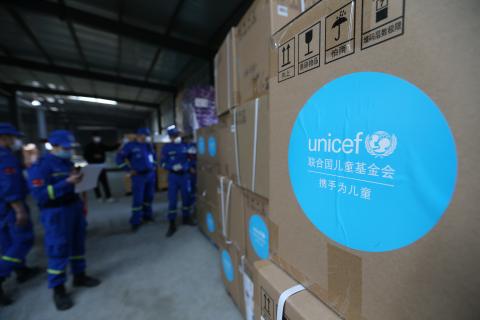