Two years have passed since Zimbabwe, Malawi and Mozambique experienced Cyclone Idai, a devastating natural disaster. The cyclone was one of the most severe storms on record in Zimbabwe, with maximum sustained winds of 160 to 180 kilometres per hour.[1] Across Zimbabwe, Malawi and Mozambique the cyclone and subsequent flooding affected an estimated 3 million people, more than half of whom were children.[2] Over 1.5 million girls and boys were left vulnerable to disease and in need of food, clean water and medical care.

Since the devastation, communities in Zimbabwe have fought to restore hope and normalise life despite more than 300 people still missing as of March 2021. In December 2019 UNICEF and the China International Development and Cooperation Agency (CIDCA) signed an agreement to provide USD 2 million for humanitarian assistance for people affected by Cyclone Idai in Zimbabwe. The contribution was made from the Government of China’s South-South Cooperation Assistance Fund (SSCAF). Earlier in 2019, UNICEF and the Government of China cooperated under the SSCAF framework to provide humanitarian assistance to populations affected by Cyclone Idai in Mozambique and Malawi.

Evernice, aged 9, and her younger sister Tatenda[3] were trying to return home when the deadly waters hit. “We had gone to Granny’s place but could not go back home for about a week because of the flooding,” says Evernice.[4] When the sisters finally made it back, they learned that their parents, and their home, had been swept away in the flooding. Evernice and Tatenda are among the almost 240 children in Kopa - a village in Chipinge, southeastern Zimbabwe - who lost at least one parent. At least 70 children lost both parents.

Prudence, from Zimbabwe’s Chimanimani district was 5 years old in 2019. She remembers the cyclone clearly. “When the cyclone started, my mother thought it was a tractor,” she says shyly. “She looked through the door, which used to be here. That is when the water started flooding the house,” Prudence recalls her mother moving her to the safety of a bedroom to avoid the rising water that was entering the home. Her siblings did not survive. “I lost my three siblings Placky, Provide, Proud and our cousin Anesu,” she says as a tear rolls down her right cheek.[5]

Evernice, Tatenda and Prudence are just three of over 1.5 million children across Malawi, Mozambique and Zimbabwe who needed assistance after Cyclone Idai devastated large swathes of the three countries, sweeping away schools, homes, and loved ones. In Zimbabwe, an estimated 270,000 people, half of whom are children, were affected by the cyclone.[6] The provinces of Manicaland, Masvingo, Midlands and Mashonaland East were the most affected by the cyclone and the subsequent flooding.[7]

Before the cyclone, the Chimanimani Rural District Hospital would admit around five patients a day. Tendai Masvaure, a nurse at the hospital, recalls the increasing number of incoming patients in the days following the storm. “On [the night of the storm] we received about 61 casualties who were brought in… The next day there were about 84… On day 3 we actually saw up to 166 casualties.”

As the days and weeks went by, new challenges emerged for children and families in Zimbabwe. Floods compromised water and sanitation facilities, leading to diseases to which girls and boys are particularly vulnerable such as typhoid fever, cholera, leptospirosis and hepatitis A.

In a village just outside of Chimanimani, a landslide brought about by Cyclone Idai disrupted water spring systems. “It’s going to take many months to get the systems up and running again” said Aidan Cronin, Chief of Water, Sanitation and Hygiene at UNICEF in Zimbabwe through a video livestream. He pans the camera towards the mountain side, “You can see the rocks and the boulders came directly down through the community, sweeping away houses.”[8] In the aftermath of Cyclone Idai, restoring access to safe water for children and their families was a priority.

As the events in Zimbabwe show, during humanitarian emergencies, children are especially vulnerable to disease, malnutrition and trauma. Cyclone Idai, and natural disasters like it, are a direct threat to a child’s ability to survive, grow, and thrive.

[3] Names have been changed to protect identities

Striving to leave no child behind

With the support of partners, UNICEF ramped up its response for affected children and families in Zimbabwe to expand access to healthcare, water, sanitation and hygiene. UNICEF provided vaccines, life-saving therapeutic food and other necessities to keep children alive. UNICEF also supported the restoration of essential public services, schools, healthcare to lay the groundwork for longer term recovery and development.[9]

In Zimbabwe, restoring access to water for drinking and hygiene purposes was a top priority. UNICEF rehabilitated and refortified nearly 200 boreholes, providing access to safe drinking water to more than 65,000 people.[10] UNICEF also distributed more than 20,000 hygiene kits that included items like soap and towels for children and adults.

The cyclone worsened food supply and broader economic conditions, with devastating effects on young people in Zimbabwe. UNICEF trained doctors and nurses on how to identify, manage and treat acute malnutrition at outpatient and inpatient care centres. More than a thousand severely malnourished children were treated in the nutrition programme. More than 130,000 mothers and caregivers of children under 2 years old were reached with Infant and Young Child Feeding in Emergencies (IYCF-E) support and counselling.[11] Hosting support groups was hindered due to COVID-19 lockdown measures, but with improved COVID-19 awareness, support groups were able to meet while taking measures like washing and sanitizing hands, social distancing, and wearing masks.

UNICEF and its partners have supported the deployment of dozens of social workers to bolster social services in cyclone-affected areas in Zimbabwe, reaching nearly 3,000 children with protection services so far. The social workers are focusing on providing psychosocial support to girls and boys who have been separated from their families. UNICEF has also set up child-friendly spaces so that girls and boys can play and learn in an environment that is safe and supervised by professional caregivers. Children affected by the disaster - including separated and unaccompanied children, unregistered children and those who lost their birth certificates – now have access to crucial protection services.

“Roughly per day, we can have more than 50 children visiting the centre,” said Sifelani Dzingi Mudimu, a social worker from Childline Zimbabwe. “It is extremely difficult to hear some of the experiences these children have lived through. We are working to set up child-friendly spaces within these camps to make sure that children’s rights are safeguarded and so that they have the means to slowly move past this terrible experience.”[12]

Adapting the response amidst a pandemic

One of the greatest challenges was continuing Tuberculosis and HIV services during the lockdown. Zimbabwe has one of the worst HIV and Tuberculosis burdens globally, so there was an urgent need to continue essential health prevention and treatment services. [15] UNICEF used awareness campaigns and community meetings to spread information on HIV, prioritizing support for children and adolescents living with HIV.[16] UNICEF also contributed to the restoration of health services in two districts by raising awareness among community-based health workers about HIV and COVID-19.[17]

UNICEF is committed to protecting the most vulnerable children and women, particularly in times of crisis. But globally children are growing up in a world made far more dangerous and uncertain by natural disasters and degraded environments. New challenges call for new solutions and UNICEF works with partners at global and local levels to ensure that children are at the centre of emergency response plans.

UNICEF and its partners, including partners in China, will continue to reach the girls and boys who have been affected by Cyclone Idai with life-saving support, despite the challenges of COVID-19. 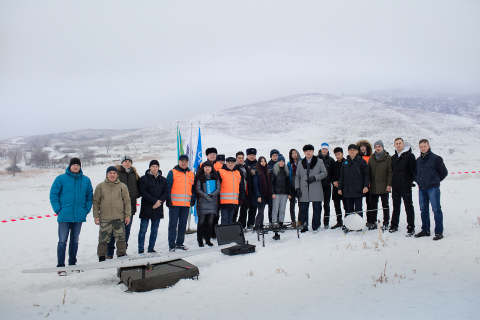 UNICEF is facilitating the exchange of ideas and knowledge on drone-based solutions for humanitarian disasters. 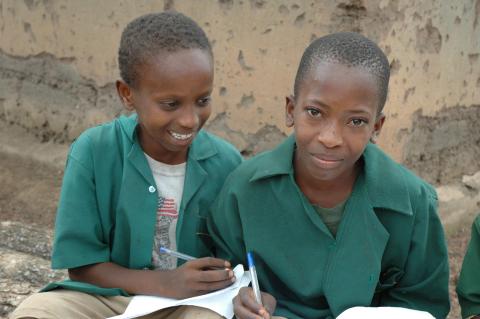 The role of CSOs in preventing COVID-19 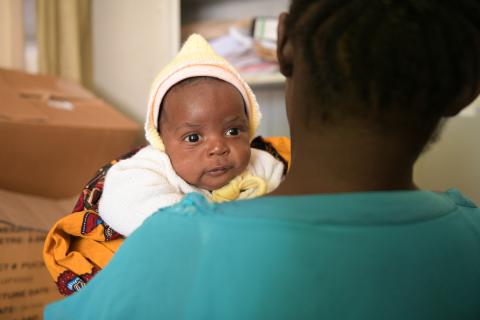 Rebuilding after a natural disaster, during COVID-19

Humanitarian assistance projects for families and children affected by Cyclone Idai in Malawi, Mozambique, and Zimbabwe.