We help communities and children prepare for and cope with natural disasters.

China is one of the countries most affected by natural disasters, including floods, typhoons, drought, high winds, earthquakes, blizzards, frost, and forest fires.

The Government of China has developed a strong national capacity for emergency preparedness and response. This includes robust monitoring systems to detect the moment a natural disaster strikes and a capability to dispatch supplies quickly to those affected. While national capacity is strong, this is not always the case at the provincial or county levels, particularly in poorer and rural areas.

UNICEF helps share and raise knowledge and awareness on how to reduce the risks of a natural disaster and supports the Government of China with emergency response when requested.

UNICEF responded to four emergencies in 2018 and provided supplies to affected schools, kindergartens and medical facilities, such as school stationery and furniture, medical equipment and first aid materials. All four humanitarian situations supported were due to floods in the western part of the country, including two instances of floods in Gansu Province, one in Sichuan Province and one instance in Yunnan Province.

Between 2015 and 2018, UNICEF worked closely with experts and government officials to increase national and local knowledge about disaster risk reduction (DRR) and how to minimize the negative impacts on vulnerable children and communities in the event of future disasters. Our information campaign encouraged children  to become change agents by learning how to protect themselves in case of an emergency. We reached hundreds of thousands of students and over a million community members in China.

These resources on education represent just a small selection of materials produced by UNICEF and its partners in the last two years. The list is regularly updated to include the latest information.

Education is every child’s right and one that paves the way to a successful and productive future.

For every child, a childhood free from violence. 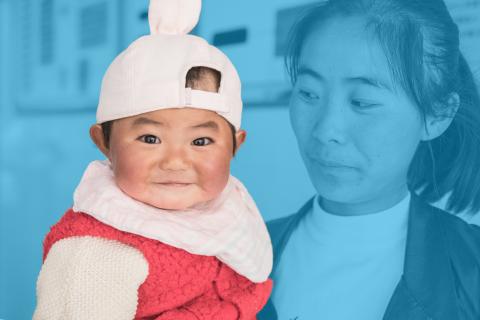 For every child, a fair chance.

For every child, a childhood.