Beijing, 18 May 2011 – Investing now in the world's 1.2 billion adolescents aged 10-19 can support significant social and economic gains, said UNICEF China and the National Working Committee for Children and Women (NWCCW) today in its 2011 State of the World's Children report entitled 'Adolescence: An Age of Opportunity'.

As China's population ages the percentage of adolescents has dropped from 18% (228 million) in 2000 to an estimated 13% (180 million) of the total population in 2009, according to latest statistics.

This shrinking pool of adolescents and young adults will face heavy pressures as they enter the work force.  At a time when China's labor market is making a transition from lower skilled to higher value added jobs it is all the more critical to ensure the education, health and well-being of adolescents who will make up the next generation of workers.

"If you only look at it in terms of the stability of China's overall economic progress, adolescence is a hugely important period of life," said Gillian Mellsop, UNICEF China Representative, "But adolescence is also extremely important in its own right. This is the time when young people are making important life choices and when they are striving to complete their education and enter the work-force."

Adolescents in China today are benefiting tremendously from the free nine year compulsory education policy as well as from a dramatic increase in access to information. Improved access to education has produced larger numbers of graduates with high expectations for a better standard of living.

"The Government of China has increased its investment to compulsory education,” said Madame Song Wenzhen, Division Director of Children's Department, NWCCW, "under which the students are exempted from miscellaneous fees and a living subsidy is provided to boarding students. The tuition of poor students from rural areas and those studying agricultural skills at vocational secondary schools have been exempted."

Recent news reports and online surveys have identified a new social phenomenon in China's largest cities. College educated young people unable to find a stable job in their field who are living in cramped low-rent communities.  Providing young people with the skills they need to fill the jobs of the future is a higher priority than ever.

"We are trying to highlight the needs of youth in China and across the globe this year in part because we have made significant progress for 0 to 10 year old children over the last two decades," said Ms. Mellsop. "If we don't also invest in solving the problems of children in the second decade of life it is possible that the gains we've made can slip away."

There is also a gender dimension to the adolescent issue. Over the last decade China's sex ratio at birth has been increasingly skewed, with more than 118 boys being born for every 100 girls today. Rural communities still display a marked preference for male newborns and this means that in the next few years the shortage of girls in the population will have significant social impact.

It is important to ensure that adolescent boys and girls have equal opportunities in education and career choices. As female students enter secondary school they need support and encouragement to pursue subjects such as math and science and to consider careers traditionally thought of for boys.

Continued economic growth in China will require realizing the full productive potential of all adolescents.  However according to the latest available data, China has some 25 million migrant children growing up and coming of age in urban areas, some of whom lack full access to essential social services and benefits because they are still officially registered as rural residents.

"One of the biggest challenges facing adolescents is the lack of detailed statistics and social data on their situation," said the UNICEF Representative. “Without good detailed information on adolescents – both their successes and challenges -- it is very difficult to address their unique problems." 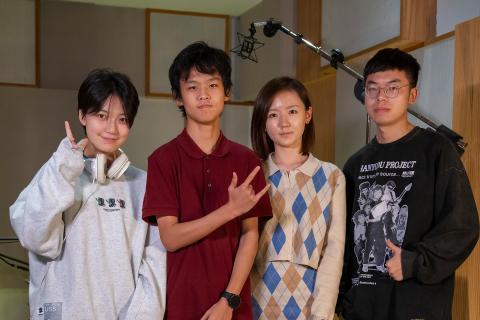 Harnessing the uplifting power of music 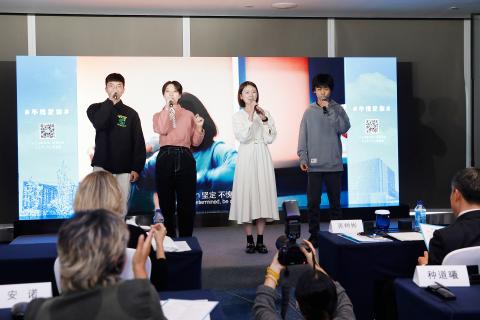