XIHE COUNTY, GANSU PROVINCE, 3 March 2009 – The beating of Chinese drums and trumpeting of a student band greeted representatives of UNICEF and its donors on a frosty morning at Caoyang Primary School, where a ceremony was held to welcome children back from the recent Chinese New Year holidays and celebrate the post-earthquake restoration of quality education.

In the aftermath of the devastating May 2008 earthquake that left 88,000 people dead or missing, UNICEF has provided the 250 students of Caoyang Primary School and their teachers with prefabricated classrooms, teaching and learning materials, library books, and sports equipment.

"It gives me great pleasure to see the happy faces of the children of Caoyang Primary School. I want all the children here to know that Xihe County will recover from the earthquake. You all have UNICEF's support and commitment," said Dr. Yin Yin Nwe, UNICEF Representative to China, addressing a crowd of more than 400 people, including students, parents and teachers.

In October 2008, UNICEF completed the installation of six prefabricated classroom units at Caoyang Primary School, allowing children to resume their educations in a safe environment. "The earthquake damaged our school badly. The walls cracked and the roofs collapsed. Our chairs and desks were damaged. But now, we are able to go to school in new prefabricated classrooms. We also have new furniture and school supplies," said sixth-grader Yang Mei.

At the ceremony, Mr. Zhou Ziqiang, Governor of Xihe County, thanked UNICEF and declared, "Children represent our hope for the future. Let us all work harder for the children of Xihe County."

In addition to restoring access to quality education services, UNICEF is working to establish hygienic water and sanitation facilities at Caoyang Primary School. Following the morning ceremony, UNICEF helped school officials and water and sanitation technicians to break ground at the site of what will, by May 2009, be a permanent handwashing stand connected to a new community water system. UNICEF is also building sanitary latrines for the boys and girls of Caoyang Primary School.

Caoyang Primary School is just one of the 39 schools in Gansu's Xihe County that UNICEF is reaching with its complete package of educational and water and sanitation interventions in the aftermath of last year's earthquake. Through its support to the 39 schools, UNICEF is reaching a total of 10,000 children. UNICEF's work in Xihe County is supported by IKEA Social Initiative, the Hong Kong Committee for UNICEF, ING Bank and UN HABITAT.

In the years to come, UNICEF will continue to support the students of Xihe County, as they transition from their pre-fabricated classrooms to new school buildings. UNICEF will assist the Government of China in earthquake recovery and rehabilitation until at least 2011. 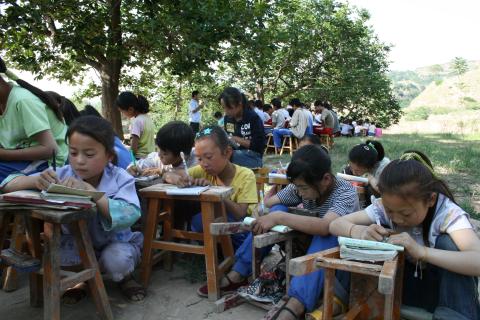 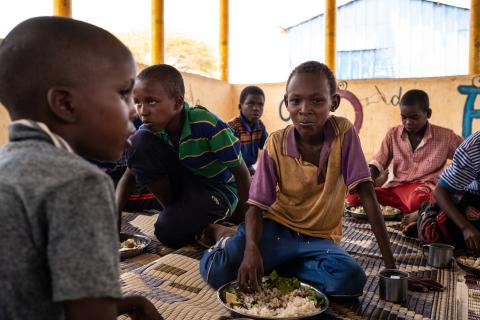 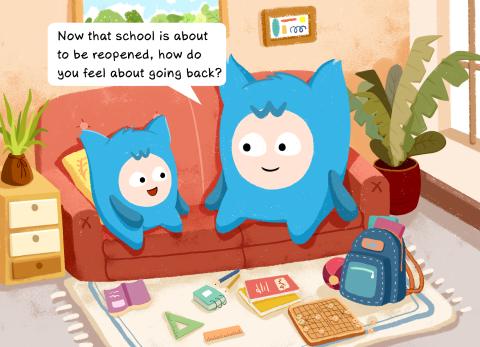 Are your children ready to go back to school? 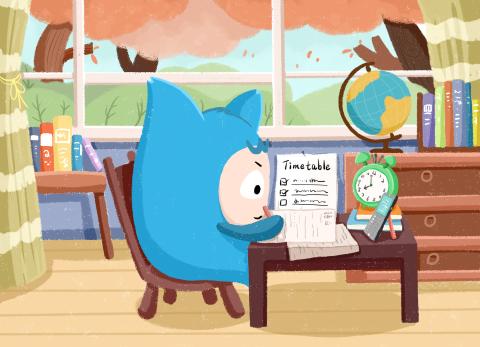 Tips to help you with your online learning

Here are some tips to help you with your online learning