7 things you need to know about your baby’s brain

What is ‘normal’ when it comes to babies and sleeping?

As babies’ brains develop, there are reasons for them not to sleep because there are things to be curious about; they’re engaging with their world, parents are talking to them, reading to them. So they get into that predictable pattern of being awake for longer periods of time, engaging and interacting with their parents and caretakers and the world around them, and then falling asleep again.

Babies don’t know that the norm is to sleep at night-time and be awake during the day. So they sleep in bursts of three or four hours usually, wake up to feed and then go back to sleep.

Can a baby’s brain be stimulated while it’s still in the womb?

On the other hand, it certainly doesn’t hurt. So if parents want to introduce music into the household, that’s a great idea because as parents become calm and enjoy the music, that feeling is passed onto their infant and they’ll be calm as well.

So there are lots of reasons why music is good for young children. But being smarter is not one of them.

How does nutrition affect brain development?

A baby will get all the nutrition they need from breastmilk. That’s why it’s really important for mothers to try to breastfeed.

In countries where there’s food insecurity, where the quality and diversity isn’t there, where there isn’t enough food to put on the table, cognitive stunting can happen – that is, the child is delayed from a developmental point of view – but also from a physical point of view.

Why do babies need human touch?

Kangaroo care or placing a newborn baby on the mother from a very early stage provides comfort for the child, and it’s also calming for the mother. For lots of reasons touch is extraordinarily important.

How much should you actively engage with your child?

Children are innately curious. It’s a big world out there and so parents shouldn’t get in the way of that. What they should do is make sure the child is safe.

How should we approach and encourage language learning?

As young infants and toddlers start to develop language, simple things such as ‘dog’, ‘bye bye’, ‘ta ta’ etc.  – parents can reinforce this learning by mirroring or mimicking what the child says.

At the same time, don’t dominate the conversation; take turns. Think of it as a ‘serve and return’ – the child says something, the parents say something. Mirroring what the child says is very important.

What’s the best way to teach your child different languages?

Challenge yourselves to have some sort of consistency, so that the young child isn’t confused. Sometimes it works when one parent speaks consistently in one language to the child, and the other parent speaks consistently in another language. Sometimes one activity (or school time) is focused on one language. At the end of the day, the kids are going to sort it out themselves and use both languages in an appropriate way.

Professor Frank Oberklaid, Director of the Centre for Community Child Health at The Royal Children's Hospital Melbourne and the Murdoch Children's Research Institute. 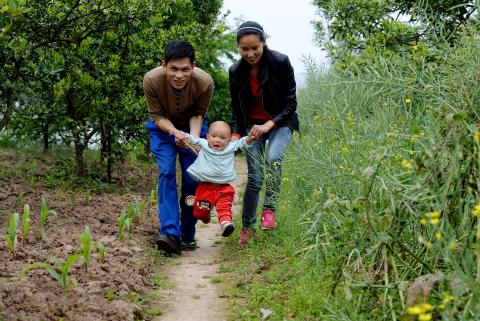 Our guide to parenting has the latest and best information on raising a happy and healthy child. 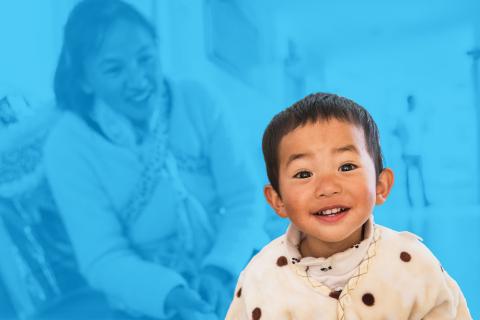 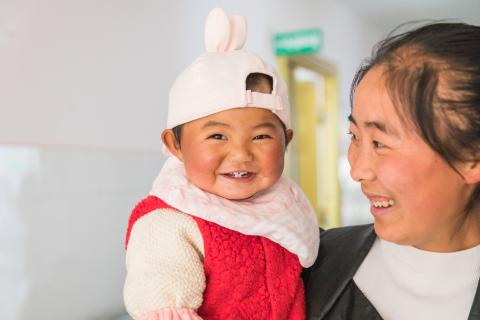 Because a child’s first 1,000 days are critical. 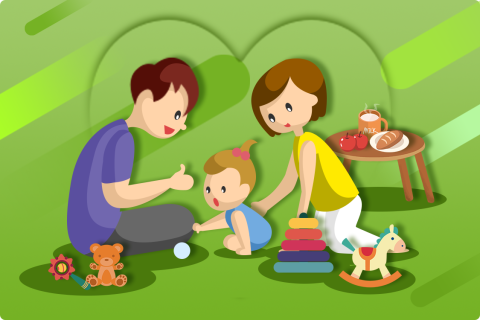 How proper nutrition, play and care can have a big impact on your child’s brain development.