The concept store opened on Tuesday in an activity center of Chengdu Youth Palace. It is part of the "Know Your Food" campaign of the United Nations Children's Fund (UNICEF), which aims to empower children and young people to make informed, healthy choices about their diet through improved nutrition literacy.

Instead of edible food, dozens of imitation snacks are displayed on the shelves, including replicas of puffed grain foods, candy and sugary drinks.

"I didn't expect that I would have to climb 70 floors to burn the calories," said local fifth-grader Liang after scanning her chosen item.

Jointly launched by UNICEF and a number of Chengdu authorities, including the municipal health commission and the municipal education bureau, the store also offers various mechanical models and cartoons to help children understand which foods are nutritious and which foods they should eat less often.

UNICEF created this mock store to simulate the food environment that children are exposed to every day, said Cynthia McCaffrey, UNICEF Representative to China.

"By visualizing and presenting information about the high levels of fat, sugar and salt that we know are unhealthy, we want children and their parents to understand the nutrition values of popular snacks and beverages, so they can make more informed choices," McCaffrey said.

Anuradha Narayan, Chief of Child Health and Development at UNICEF China, noted that obesity is "a growing threat to children's well-being around the world and in China."

Being overweight or obese has adverse consequences throughout life, with higher risks of non-communicable diseases, higher risks of emotional and behavioral problems, and economic impacts on individuals, families and society.

A changing environment characterized by the increased availability of cheap, highly processed foods and beverages together with the aggressive marketing of these products to children can contribute to the rapid growth of children who are overweight or obese, McCaffrey said.

Containing childhood obesity is an important focus of the Chinese government. In Chengdu, the local government attaches great importance to children's nutrition and health.

At present, the city is launching a campaign on childhood obesity control to improve students' nutritional environment and the healthy growth of children and teenagers, said Jia Yong, deputy director of the Chengdu Municipal Health Commission.

The mock store will operate permanently in the activity center of Chengdu Youth Palace. Similar stores will be unveiled in other Chinese cities such as Weihai and Enshi to improve nutrition literacy among school-age children and their parents. 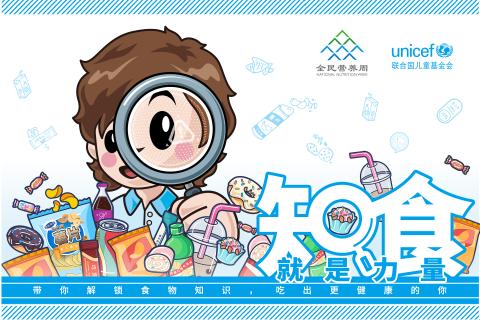 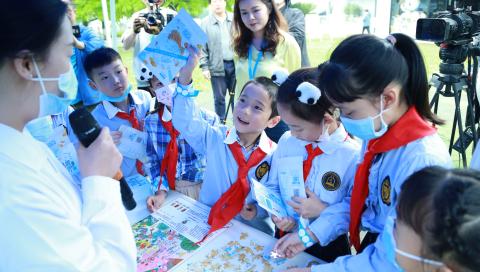